Click 'The Oracle' title above to enter The Oracle Forum and discuss your quest for answers with kindred spirits. Courtesy costs nothing - if you disagree with someone, disagree politely. Abuse is not tolerated.
Post Reply
4 posts • Page 1 of 1

The 'Nine Bows' was a term used in ancient Egypt.

The Nine Bows represented the enemies of Egypt. Hieroglyphic signs of the Nine Bows are found on the base of thrones, under the feet of statues of kings and also on the sandals of Tutankhamen.

Employed as symbolism for stepping on the enemies of Egypt.

Yet more nines were intertwined in the story: Tutankhamen was only nine years old when he ascended to the throne in 1333 B.C. He was born in 1341 B.C. He married his half-sister. The couple had two still born daughters which were found in his tomb. He died at only 19 years old.

WE ARE STILL TRYING TO CURE THE UPGRADE ISSUES THAT RESULT IN THE DISPLAY OF THE FOLLOWING ERROR CODE when clicking on SUBMIT to upload a NEW TOPIC POST. This error message still displays on a blank white screen but the post physically goes up on the board.

The Nine Bows were often represented by a number of arrows (not always nine) a design which was used to decorate some royal furniture and thrones. On monuments the Nine Bows could also be portrayed as rows of bound captives. The Nine Bows, surmounted with a Jackal, was also the 'seal' of the Valley of the Kings.

Tutankhamun's sandals below for example, include a representation of both the Nine Bows and captives. 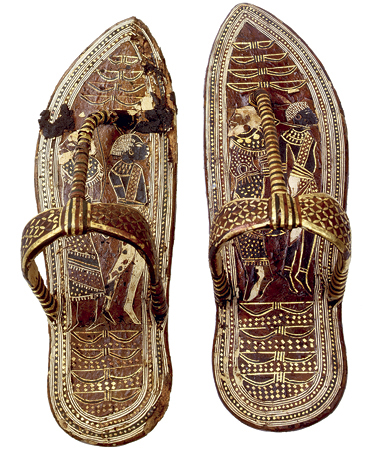 The block below, originally a base plinth or acropodium for a statue of Ramses II, details the traditional enemies of Egypt characterised on the sides of the block as bound and kneeling captives. Therefore depicted as symbolically beneath the feet of the king and under his control. 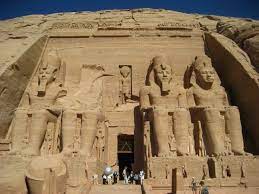 Noting that the Hittites have been moved into 10th place. There was in fact an Egyptian–Hittite peace treaty in place during Ramses II's reign, also known as the Eternal Treaty or the Silver Treaty but the treaty in itself failed to bring about a peace; the blunt truth was that "an atmosphere of enmity between Hatti and Egypt lasted many years," until the eventual treaty of alliance was signed.

Anyway, from the front of the block the enemies are:

WE ARE STILL TRYING TO CURE THE UPGRADE ISSUES THAT RESULT IN THE DISPLAY OF THE FOLLOWING ERROR CODE when clicking on SUBMIT to upload a REPLY to an EXISTING TOPIC POST. This error message still displays on a blank white screen but the REPLY post physically goes up on the board.

The most common bows in Egypt are the nine bows of Egypt. The nile is a symbol for these nine bows because it flows through all of them and nourishes life, just as each bow sustains its own region. In ancient Egyptian culture, there were three types of people: those who ruled, those who served, and those who worked on the land or traveled abroad to trade with other nations. This blog post will focus on how these different groups would dress based on their social status.
This blog post discusses how Egyptians dressed according to their social class during Ancient times!
Last edited by Kerry Paul on 25 Aug 2021 08:57, edited 1 time in total.
Top

Welcome to the Oracle Forum community and thank you for breathing new life into this ageing post. Please delve subjectively deeper into the site via the link below. 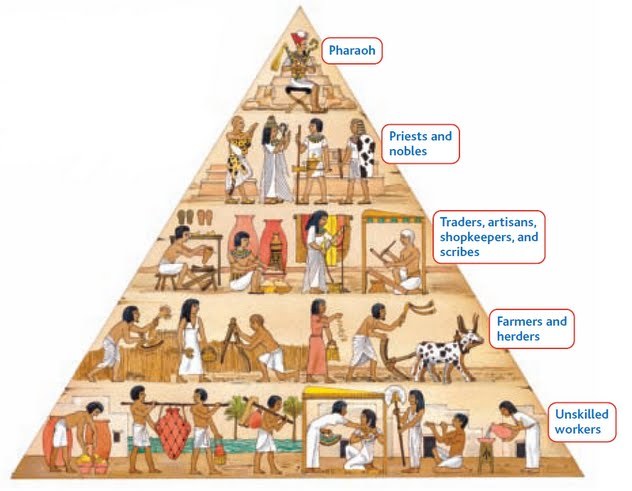