A most mysterious manuscript finally decoded after 500 years

Click 'The Oracle' title above to enter The Oracle Forum and discuss your quest for answers with kindred spirits. Courtesy costs nothing - if you disagree with someone, disagree politely. Abuse is not tolerated.
Post Reply
7 posts • Page 1 of 1

A most mysterious manuscript finally decoded after 500 years

The document has been described as, “the most mysterious manuscript on Earth,” written in a totally unfamiliar language and employing a script undocumented in any other written works, as well as presenting illustrations of unknown, ‘alien’ plant species. 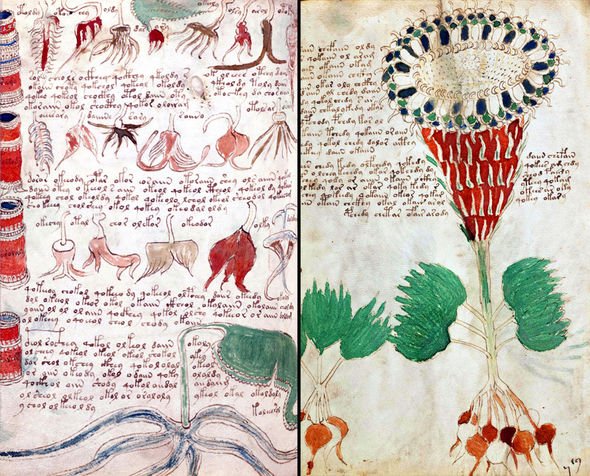 But the Voynich Manuscript – which has thwarted all attempts to decode its content for more than a century – has at last yielded up some sense of cogent revelation.

The Voynich manuscript is a handwritten and illustrated text, which has been carbon-dated to the mid-15th century, thus it is definitely of the medieval era. The manuscript is named after Wilfrid Voynich , a Polish-Samogitian antiquarian book dealer who purchased it in 1912.

Dr Cheshire, a research associate at the University of Bristol, described how he successfully deciphered the manuscript’s codex and, at the same time, revealed the only known example of proto-Romance language.

“I experienced a series of ‘eureka’ moments whilst deciphering the code, followed by a sense of disbelief and excitement when I realised the magnitude of the achievement, both in terms of its linguistic importance and the revelations about the origin and content of the manuscript,’ he said.

“What it reveals is even more amazing than the myths and fantasies it has generated.
“For example, the manuscript was compiled by Dominican nuns as a source of reference for Maria of Castile, Queen of Aragon, who happens to have been great-aunt to Catherine of Aragon.

“It is also no exaggeration to say this work represents one of the most important developments to date in Romance
linguistics.

“The manuscript is written in proto-Romance – ancestral to today’s Romance languages including Portuguese,
Spanish, French, Italian, Romanian, Catalan and Galician.

”The language used was ubiquitous in the Mediterranean during the Medieval period, but it was seldom written in
official or important documents because Latin was the language of royalty, church and government.

”As a result, proto-Romance was lost from the record, until now.”

Dr Cheshire also explained in linguistic terms what made the manuscript so remarkable:

“It uses an extinct language. Its alphabet is a combination of unfamiliar and more familiar symbols,” he began.

“It includes no dedicated punctuation marks, although some letters have symbol variants to indicate punctuation
or phonetic accents.

“All of the letters are in lower case and there are no double consonants.

“It includes diphthong, triphthongs, quadriphthongs and even quintiphthongs for the abbreviation of phonetic
components.

“It also includes some words and abbreviations in Latin,” Cheshire concluded.

The next step is to use this knowledge to translate the entire manuscript and compile a lexicon, which Dr Cheshire acknowledged will take some time and funding, as it comprises more than 200 pages. 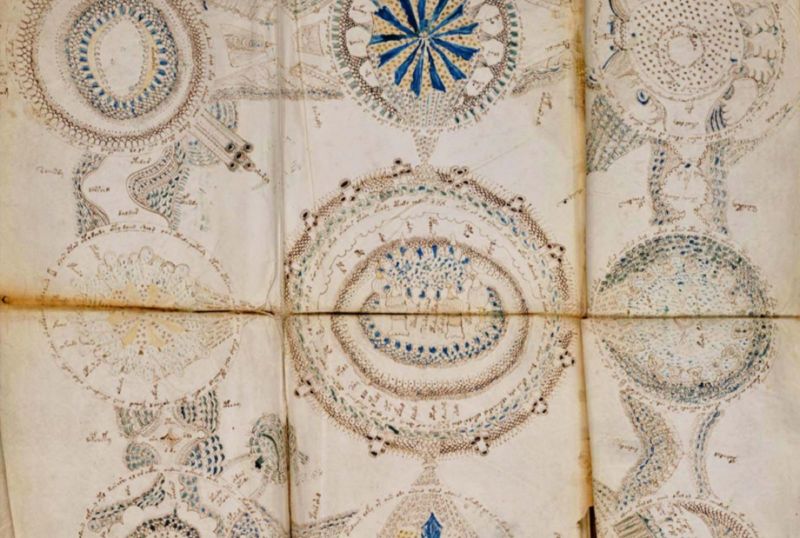 Having previously described Cheshire as “a University of Bristol academic”, the university is taking pains to distance itself from him. It said: “The research was entirely the author’s own work and is not affiliated with the University of Bristol, the school of arts nor the Centre for Medieval Studies”.

Asked for his reaction, Cheshire told the Guardian he felt “no disappointment at all” at the university’s backtracking. “It was inevitable and expected, given the passion that the manuscript arouses, that a marginal group would find it difficult to accept new evidence,” he said.

“The paper has been blind peer-reviewed and published in a highly reputable journal, which is the gold standard in scientific corroboration. Thus, all protocol was followed to the letter and the work is officially supported. Given time, many scholars will have used the solution for their own research of the manuscript and published their own papers, so the small tide of resistance will wane.”

Bristol University said it would “‘seek further validation” in discussions with the journal. The Guardian has contacted the editor of Romance Studies for comments.
NHHTSTELTHOHOAOOEEFI
Top

It is my personal belief that his findings are false. The closest thing to a possible "proto-romance" language would be a Vulgar-Latin, of which is barely similar to the text of the Voynich manuscript. Furthermore, the text uses phonetic inventory not typical of Vulgar-Latin.
NHHTSTELTHOHOAOOEEFI
Top

We can't assert that.
If you'll go deep to history and mental component of the people in medieval centuries - you'll find out that hard work of literacy wasn't there just for fake sake to make serfs believe in that kind of information.
Thus, i think that % of fake info in that period was minimal.
Top

Cheshire like a cat
Tipped his hat and smiled back
At the rabbit and his wool to wack
It’s right down this way, Jack
Top

I agree with Nazheek.
It just doesn't seem the likes of Vulgar-Latin.
Top

Now that I look it over, it kinda looks like a really old turkic language
NHHTSTELTHOHOAOOEEFI
Top
Post Reply
7 posts • Page 1 of 1

Users browsing this forum: No registered users and 14 guests