Click 'The Oracle' title above to enter The Oracle Forum and discuss your quest for answers with kindred spirits. Courtesy costs nothing - if you disagree with someone, disagree politely. Abuse is not tolerated.
Post Reply
10 posts • Page 1 of 1

I just want your opinion,

I just think, the concept of HELL is plain stupid, burning endlessly (l0l!), like wat does is it even bring 2 whom (was that correct?

even Lucifer thinks this is stupid.

But I am thankful, think without it, people would have a more merciless behaviour.
Top

I have actually thought of this concept before. I'm not too familiar with other cultural religious views on hell, but I do know that you will mostly hear this term in Christian beliefs and teachings. In a Christian view, it's a place you go to if you have supposedly done wrong your entire life without Gods forgiveness. Personally, I don't really believe that such a place like hell exists, considering I believe it to be just a concept made by Christians to scare others about what happens if you do not believe in God. But I will say that I certainly believe that evil, and other various concepts of evil are in fact real. In the paranormal field, demons are a real phenomenon and these types of hauntings do happen. And as a part time/occasional paranormal investigator and enthusiast, I have come across cases with demonic problems.

But in the end, I think it just comes down to a matter of opinion. It's up to you whether or not you think it exists. And that if you think it does, it also comes up to what you believe it to really be. I think that we will only understand once our time has come. And I don't believe that hell exists, so don't worry about messing up in life. Although in the same time, don't go out murdering people and robbing banks. I think it's up to the individual whether you make it a living hell or not. There are even some cultures out there who celebrate death. Not in a bad way, but they see it as a new transcending. A new transfer to the next life, which is beautiful. I don't think that there is anything to fear for. But I do believe that there is still an evil force in us, and everywhere. Just like God is this force of power, so is evil. And I have had many personal experiences, as well as I've heard other peoples experiences to prove that it is in fact real and frightening.

I would like to make an entire post for this type of topic. About the afterlife, peoples theories on it, and concepts on good and evil, and maybe share some personal experiences as well. But again, in the end it comes down to personal belief and opinion, as well as the exception that we will never really know what happens in the afterlife, for it is in fact another mystery that can't ever be solved.
I am the son of rage and love
Top

And either way, I forgot to mention that I think both ways it's all just a metaphorical concept in general.
I am the son of rage and love
Top

thanks for your response, but first I wanted to say, that I am not in any way for living in sin or living without any thinking of bad consequences.

So I sure did a few things, which I wouldn't have done, but I sure know, I have not damaged any another human in an extreme way (but you know, that rumble, when we were youths ^^)
but they are all cool now, so thats that.

The point is I am not afraid of getting in a HELL but that's not why I don't believe in any existence of it.

There is this thing. have you ever thought of why the hell is on fire and not like a big ice cube with EISKALT temperatures, which can damage a human, and the result would be similar to burning to the skin, like with fire.

I think they wanted to take fire, because it sounded cooler..

I agree, Hell doesn't exist as what was taught to us for many generations lol,
Hell is part of paradise after death, where it teaches us about life, and why our actions were done because of X.
Maybe it's a part of a decisive choice of your true spirit of whether you're done and you've learned what you needed to learn from Earth, or you come back here to learn X.
Top

"What is rather strange in this Christian concoction is the fact that it is Satan who punishes the one who has turned away from God (?) That would mean that Satan himself would work for god or that one and the other is the same person. In any case the Christian point of view does not stand up." 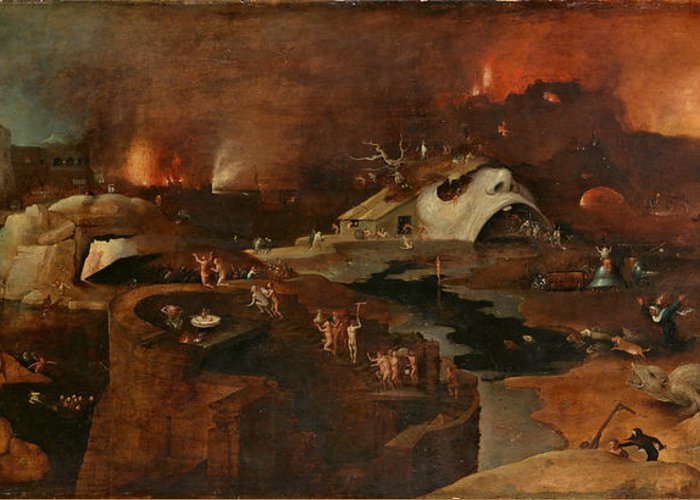 Jay wrote: ↑
02 Nov 2019 08:03
I agree, Hell doesn't exist as what was taught to us for many generations lol,
Hell is part of paradise after death, where it teaches us about life, and why our actions were done because of X.
Maybe it's a part of a decisive choice of your true spirit of whether you're done and you've learned what you needed to learn from Earth, or you come back here to learn X.

I couldn't have said it better. That's exactly the way I view it. Once we die, we get this deep understanding of the universe. All questions are answered. And because of this, hell is the place of reflection before the paradise, as you stated. Now that we have this understanding, everything makes sense, including what we have done wrong. So when you realize that you did something very wrong you live with that in the afterlife with the constant shame. But here is the part where we can live in heaven without that. Ask forgiveness from the universe, and you shall be free is the way I see it. It's only up to you whether you make it a living hell or not.

And yes, BeN1, I feel like Christian's just over interpret the meaning of hell, with hollywood stereotypes with constant burning. But who knows maybe the mean it in a metaphorical aspect, or maybe they really are dead serious, we dont know;)
I am the son of rage and love
Top 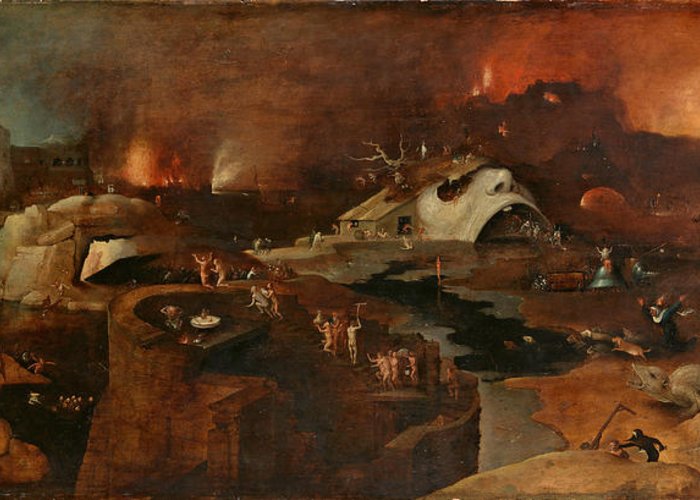 not long ago I stumbled across the works of Hieronymus Bosch and there is this one also showing a similar, but not less strange and bizarre hell scenario:

I do not believe in hell as we wanted to describe it ... I do not believe in "punishment" in atrocious suffering etc ... why Satan would it be so from a point from Christian view he is "evil". lucifer (let's call it so) is I think it a necessary entity representing freedom and knowledge, as in all things there is an "evil" side as an "angelic" side the two form a balance ... what we leaning more towards one than towards the other is our free will. Lucifer is not the only double-faced entity! take Lilith, Isis, Shiva ... destruction is often synonymous with construction, there is no good without harm and vice versa. the human body is a kind of "vessel" for the mind and I think we can have access to certain knowledge and entities when we learn to root out the soul of this ship a bit like genius in the lamp. there is the world of the visible and the world of the invisible ... for the individuals having lived in the absolute evil I really wonder "in the name of who or what" they would be punished? (Alas) no god is king (for my part) after perhaps does he trust the cosmic plan of the universe so that their soul is "destroyed"? neither hell nor paradise but perhaps a huge reservoir of souls waiting for a new ship.
Top
Post Reply
10 posts • Page 1 of 1