We departed Plymouth, England in the ninth month of sixteen twenty,
Our ship was named The Mayflower, no doubt you’ve heard about her
We passengers numbered one hundred and two,
another thirty comprised our courageous crew.
But a small ship, one hundred and six foot bound for a land of plenty,
The Atlantic seas showed no severity as we sailed through September.

November ninth, sixteen twenty we set our eyes on Cape Cod at first
We were supposed to sail down to land by the Hudson River’s mouth
But the cunning, shallow shoals of Pollock Rip
Conspired to thwart the fragile Mayflower ship
They ran far, up to Nantucket Island, yet all aboard might die of thirst
Thus we returned to Cape Cod Bay, no chance to winter further south 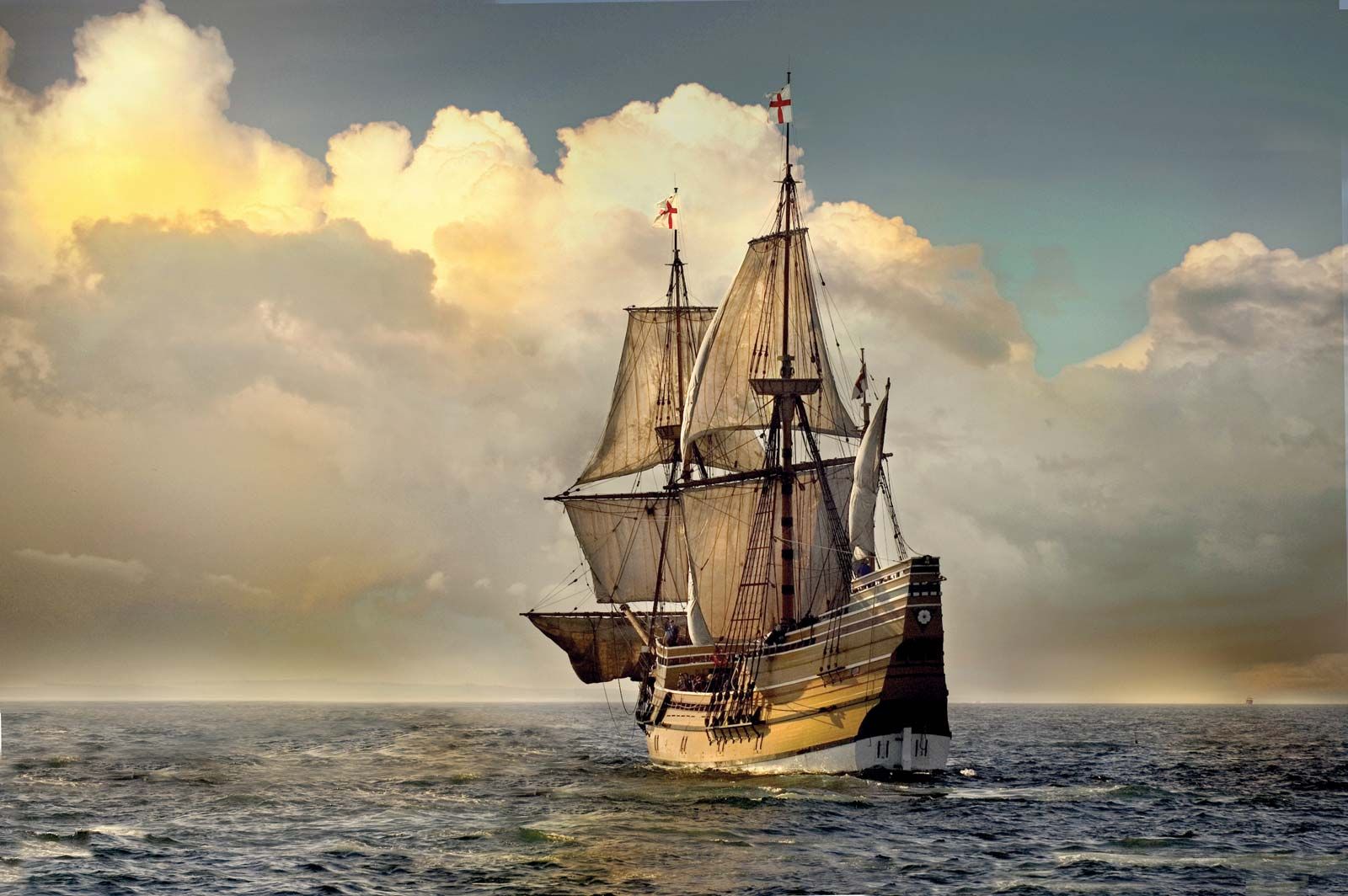 Users browsing this forum: No registered users and 11 guests