You might call this a sea shanty, although it marks this the ninth of April alright
The very day and date when Sir Walter Raleigh, sailed to colonise Roanoke Island
“Where be we bound Captain,” they cried as canvas billowed proud in a fair wind
“Why America my hearts of oak to build Virginia Colony on such a day so bright!”
Then those jolly sailor-boys climbed up and up aloft,
Left the land-lubbers lying down below, below, below,
And so we sang in school, it seems such a long time ago

“An English settlement we shall fashion in Virginia by the gift of good Queen Bess,”
This year of our Lord fifteen hundred and eighty five, from Plymouth they set sail
Seven ships, the Tiger, Roebuck , Red Lion, Elizabeth, Dorothy and two pinnances
The Dorothy was Sir Walter Raleigh's ship, in all a bonny fleet one would confess.
Those jolly sailor-boys still climbed up and up aloft,
Left the land-lubbers lying down below, below, below,
And so we sang in school, it seems such a long time ago.

"Knight Lord and Governor of Virginia" so he had been dubbed by Queen Elizabeth,
Proud as peacocks they were, six hundred men bearing down on the Bay of Biscay.
Yet soon split up by a desperate storm off Portugal only The Tiger made good time
Regather at Mosquetal in Puerto Rico, a foundered pinnance sank in watery depth
While the raging seas did roar,
And the stormy winds did blow,
And we jolly sailor-boys were up unto the top,
While the land-lubbers lay down below, below, below,
And the land-lubbers lay down below.

The Tiger was first to arrive, the Elizabeth in May, a long way from Plymouth Hoe
Most of the fleet never got to Mosquetal, ran into more difficulties near Jamaica
Tiger struck a shoal and was severely wrecked, all the colony provisions were lost,
So finally Roebuck, Red Lion and Dorothy, made land went on to Port Ferdinando.
With those jolly sailor-boys climbing up and up aloft,
Left the land-lubbers lying down below, below, below,
And so we sang in school, it seems such a long time ago 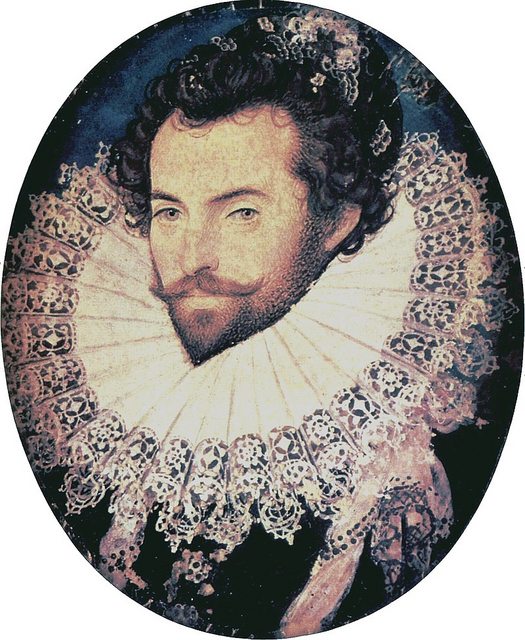 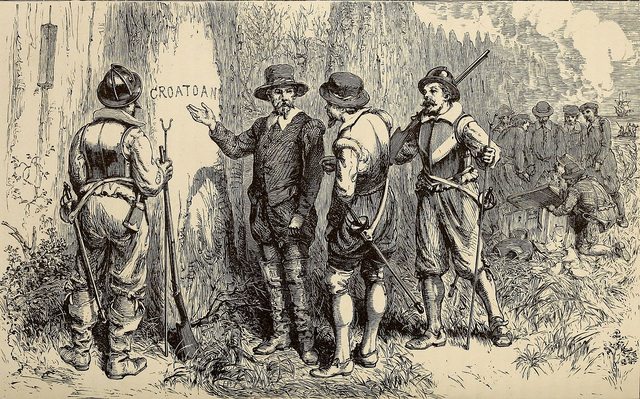