Node's puzzles- what I have so far.

Click 'The Oracle' title above to enter The Oracle Forum and discuss your quest for answers with kindred spirits. Courtesy costs nothing - if you disagree with someone, disagree politely. Abuse is not tolerated.
Post Reply
9 posts • Page 1 of 1

Node's puzzles- what I have so far.

I don't see many people talking about the solution to some of the puzzles on this forum so here are the ones I've gotten from node:

.
"We are here to help. Let us help you. The rabbit need only ask, and the seeker shall fild

Re: 7/28/1914
Who are you?
"The goal of the Thule society, at the behest of the Agarthan Babylonian brotherhood, was to establish the New Atlantis. It was their understanding, that the fifth subrace of the Aryan root race (the Teutons) would be the destined rulers. In actuality, the sixth subraces of the Aryans (the new American race) would be the inheritors of the new World. Their emergence would occur in the early twenty first century."

I'm a sucker for puzzles, I don't know what Node is on about with all the nazi shit but I do love puzzles.
Top 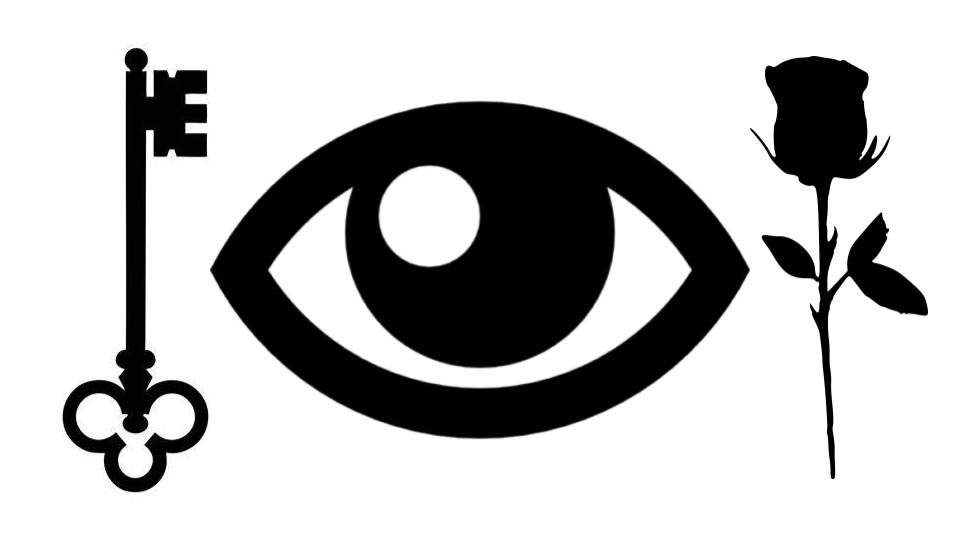 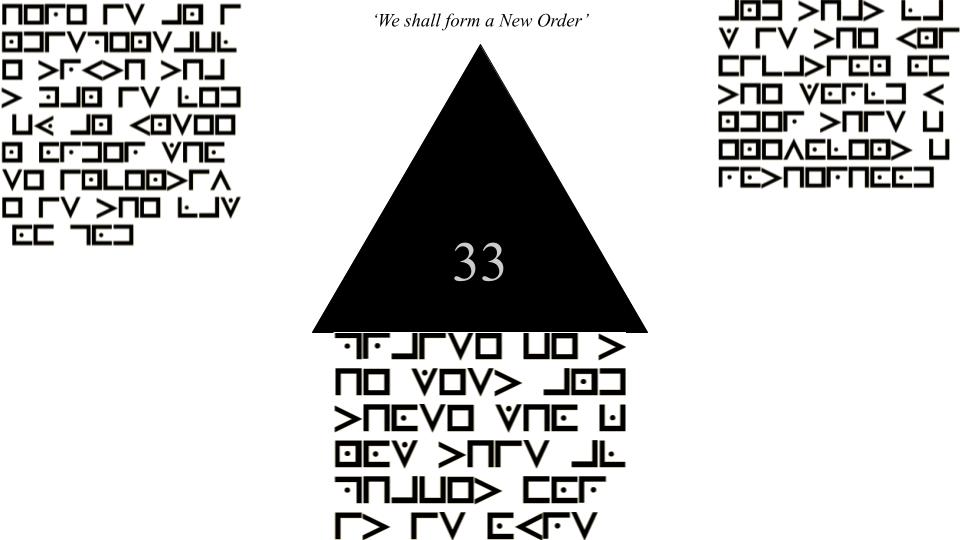 as for the first image he posted it's probably a key to another of his puzzles. very fun!
Top

It’s fascinating how a puzzle like this calls forth people.

Like there will people who great at codes and cryptology who crack this wide open even if they have no knowledge of the Agarthan timeline/plot.

And people who understand the timeline but couldn’t decode these alone. I think it’s a perfect translation of why people need to bounce ideas off each other to reach anywhere.

I mean the nazi stuff makes sense in accordance to Agarthan lore and what not, this was allegedly how Hitler got his hands on so much tech that didn’t seem from the time.

I’m not an expert on Agarthan and Shambala I’ll probably just butcher this but Eden was created in the hollow earth and has enjoyed peace from the creation of Adam to now. They are the pinnacle of man atleast for this time and they’re the cradle of mankind. The creators of the code want to initiate people into these ideas but in an art form that also teaches how to expand ones language barriers/learning codes and cryptology helps your mind become non linear as language writes the canals of your mind, this would be one way of undoing that programming/opening it up to be expanded as they expect a degree of enlightenment out of the correct initiate.

Hitler found Agartha/Shambala and was planning to bring the new world via any means even if it was horribly wrong, Agartha whose objective is to govern this new golden era took interest in Hitlers abilities whether they actually believe in what he was doing or not mattered less, the focus was the be there guiding mankind into the golden era even if the beginnings of this were rooted in slaughter bc Yknow what’s new?

Hitler struck a deal in exchange for some tech, and divine insight, but of course he failed however the ideas fostered with him survive to this day. Agartha has always sought enlightened individuals on the surface as I/they/we by default lead humanity into a golden era by simply holding the correct mindset even if we don’t lift a finger, what interest was taken with Hitler is that he was able to actually do things whether they be “good” or “bad” doesn’t really matter in this context enlightenment has little to do with morality at times, but let’s just say no matter how clever you are lacking morality=eventual destruction.

Idk codes very well I want to look into this and take their rabbit hole to properly appreciate the work and effort put into it but I also don’t feel like giving myself a migraine so I’m a bit stuck just winging it off symbology and past posts alone.

You can argue that if the Agarthans and Masons are seeking the forerunners of the new race as Hitler was also trying to Shanghai his way into, that the only way to draw these individuals in with these tastes would be rabbit holes that peak the interest of people who bother to seek truth, if we’ve been wrong in the past abt where the new root race will develop it’s better to stick to codes and symbols rather than a confined language (although I know the codes only really work in English translation)

And all this is speculation and likely biased at that bc I’ve seen this same thing around before and I’m not doing the codes like people more capable than me are. I’m probably glossing over the unique wisdom they’re offering in this just bc I only know the general skeleton of these goals and interests bc I won’t be doing the codes I can’t see what specific or particular stance they might be taking on these ideas only vague alignment wirh what I’ve seen before
Top

Like you would guess there’s an easier way for recruitment/initiation but when you consider that, anyone to ever come across these ideas likely has the same interests, almost as if we are all one collective person trying to remember itself enthralled by the mystery of how we forgot ourselves to begin with.

With that mindset it becomes quite easy to fish for people as we’d all nearly have the exact same interests which have already molded our personalities and egos to be similar and eventually it would become a game of just leaving rabbit food out for us to come across. And it literally cannot be uninteresting to someone with the interests as we bc that would be like asking a carpenter not examine the house he lives in

I guess it seeks to teach how to create this art in a similar way as to reach out to others with the same interests, as we/they/I are what leads the coming wave, even if we aren’t leading some massive project like freemasonry or the nazi party you could argue being a normal person with this mindset and ideas is more important than anything, sorta like the parable of Jesus looking for his one lost sheep, an organization of 99 people would be worth less if not the same as the 1 person who is the average man who may or may not become enlightened, sorta like swing states depending on which side that 1 person will choose will define the 99 and the whole 100.

They’re very self aware of this as they’re seeking normal average folk like on here wirh the same interests as they know what triggers events to bring us closer to the golden age has hardly anything to do with news or politics, if anything news media and politics are a reflection of the effects of average people becoming enlightened. I can tell you without a doubt in my mind except for the sake of playing the game of doubt to understand a skeptical mindset, that if just one seemingly random person becomes enlightened or starts the way, it will trigger a fractal domino effect of the same mentality spreading through the aether, just like if that person doesn’t for some reason, there is infinite potential held from the world.

You heard it here first, the guy working at 7/11 who just one day realizes he is God and how he is and isn’t or figures out the earth is a porous rock with people living in it and there’s a reason why the true kingdom is within while a convenience store is on the surface for intentional metaphor play of the godhead we reside in, is 100% more effectual than any blind politician, news anchor, etc even the generational enlightened masons would have to respect this seemingly random persons power and perspective as it is the core of what will bring the new race and the entire reason why the masons can exist is bc one day some fool figured out how to not be and how to be and the How of What I Am.

This is also a very good reason to be generally kind bc you encounter the new Gods and antichrist candidates nearly everyday, and there’s a reason why skepticism of these concepts literally causes a headache most of the time bc most can use intuition to know these things are real, i guess everyone’s different but it makes far more sense for the Gods to be real rather than some reflection of the human psyche seeking fulfillment, bc I mean technically the gods are, these perspectives are how we’ve defined ourselves.

If the codes show anything interesting and someone here is kind enough to post hints and such, I know that sorta goes against the entire idea of figuring out for yourself but I’ll pay attention intently no matter what, but if it’s just the same story again of us and leads to being offered what I’ve already been given/offered I would appreciate it like reading a good book over again but it wouldn’t yield much just like the creators of these can’t enjoy their own work nearly as much as someone who finds it as seeing how something is constructed kinda ruins the mystery of how it was all done
Top

Run towards the light sons of men,
hear the melody echoing within
your chamber of reflection;
peace and harmony be
the sum total of us
come together
over Christ
in you
all
.
Top 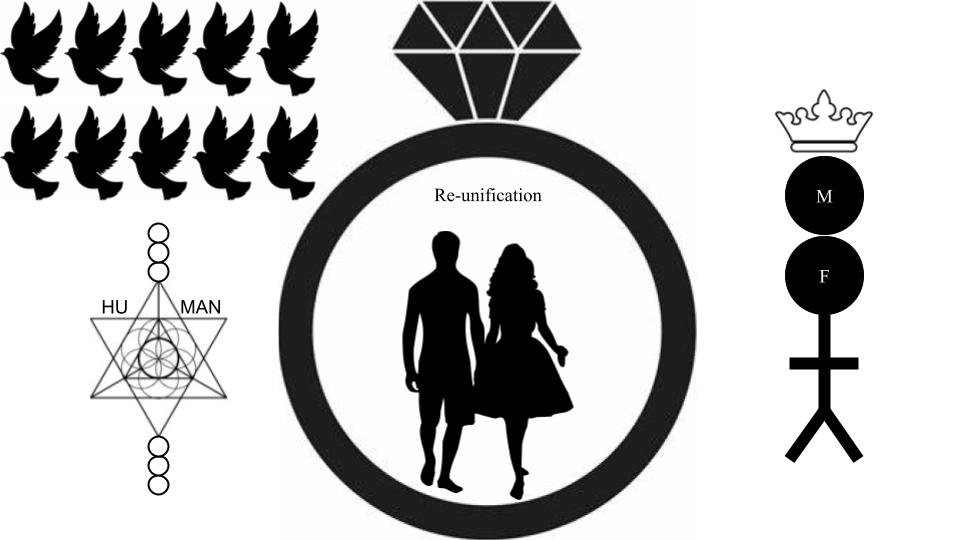 Users browsing this forum: No registered users and 9 guests