Daylight saving time returns and we can look forward to lighter evenings as the winter fades away. But precisely
when and why do the clocks spring forward?

Spring is officially here, the nights are becoming lighter, the temperature is getting (slightly) warmer and on
Sunday 26th March 2017, we will see the UK move to British Summer Time at 1am to be precise....
Daylight saving (DST) or summer time is the practice of advancing clocks during summer months by one hour so that
in the evening daylight is experienced an hour longer, and normal sunrise times are sacrificed. 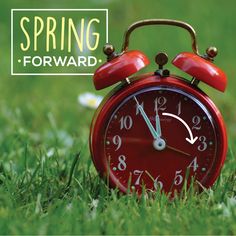 Typically, regions with summer time adjust clocks forward one hour close to the start of spring and adjust them
backwards in the autumn to standard time.

Who's Idea Was It...
During the time he spent as American ambassador to France, American inventor and politician Benjamin Franklin
wrote an essay titled "An Economical Project for Diminishing the Cost of Light" to the editor of The Journal of Paris in 1784.

In his essay, he suggested that Parisians could reduce candle usage by getting out of bed earlier in the morning, making use of natural morning light instead.

More than one hundred years later, in 1895, an entomologist in New Zealand, George Vernon Hudson, outlined a day-light savings scheme to the Wellington Philosophical Society, which was trialed successfully in the country in 1927.

William Willet was the man who introduced the idea of Daytime Saving Time in Britain in 1907, he was keen to
prevent people from wasting vital hours of light during summer mornings.

He published a pamphlet called "The Waste of Daylight" in a bid to get people out of bed earlier by changing the
nations clocks.

He then spent the rest of his life trying to convince people his scheme was a good one. Willet died of the flu aged
58 at his home near Bromley and is commemorated for his efforts by a memorial sundial in nearby Petts Wood, set permanently to Daytime Saving Time. In Saskatchewan , we do not have daylight savings time. Many argue it is better that way. I've never known it any other way so it is difficult for me to appreciate or loathe it.
Top

The EBT forum ist the only forum board I know where you have to change the daylight saving time and back manually in your preferences...

Is there no possibility to change this automatically?
Top

Greetings Rafaellit, Unfortunately not, despite the latest version of the forum software introducing up to 300,000 lines of new and changed code, automatic local time updates do not appear to have been included. One day your 'time change' ship will come in!

Time is the most meddling titan
Top

How an individual experiences and perceives time can vary dramatically.

There are various aspects of time, whether absolute or relative, real or unreal. However, we should closely consider how an individual experience's and thus perceives time, on the basis that the parameters relative to human perception of time become even less definitive.

Time perception refers to the subjective experience of the passage of time, or the perceived duration of events, which can vary significantly between different individuals as well as in differing circumstances. While physical time appears to be more or less objective, psychological time is both subjective and potentially pliable.

The biopsychology of our perception of time is a fascinating subject but among the least understood area of psychology and neuroscience and examines the way our brain processes time and time intervals, along with the brain’s built-in expectation of the order and speed of events and the field of mental chronometry.

Most organisms maintain an internal sense of time delivered through endogenous biological clocks, totally independent of ambient temperatures, sunlight, etc. The most well-known among these natural timers is the circadian clock, which regulates daily biological rhythms, sleep and hormone production, etc. However, there are also a number of other peripheral biological clocks, some of which follow ultradian or infradian rhythms. A whole new field of chronobiology has developed on the back of our increasing knowledge of these biological rhythms.

For example the study and of temporal illusions, which are distortions and misperceptions of time that arise from a variety of psychological and other causes. The most commonly encountered examples are the effects of ageing and psychoactive drugs on time perception. Nonetheless, there are several other interesting effects, such as the kappa effect, the stopped clock illusion, the oddball effect, etc. that are subject to research.

Another important area of investigation is that of Chronophobia, the fear of time or the passing of time, a specific and well-documented psychological phobia which principally affects the elderly and imprisoned. 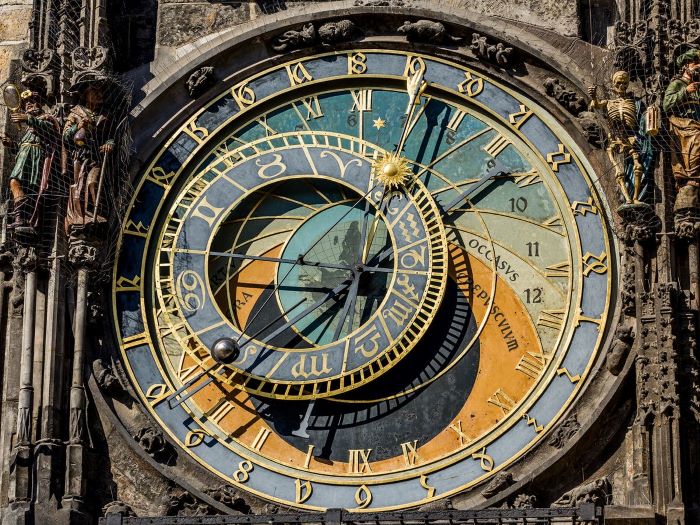