The sun is a wondrous body. Like a magnificent father!
NHHTSTELTHOHOAOOEEFI
Top

Bright sun
Lively light
Oh how he sung
What a delight

But neither are sure
Without the other, for
All is great under the balance
Of change

And as the stars start to shine
All is stopped for the great divine
Lively sun, prideful indeed,
Hits the sky
Stripping the stars of their deed
But without that powered force
The moon would be lost
Forever, but of course
The moon is not clean
No, for it is steeped in a quite
Maddening gleam
-O. P. A. L
No matter where the stars may take us
We will always find a home
Top

Lannix a most important topic, fundamental even and O.P.A.L such a poem as this. Thanks, to Nazheek and disasterqueen along with theone for your posts. Redbeck


The Temple of the Sun, or Templo Del Sol, a sacred temple built by the Inca o host ceremonies to pay tribute to and give offerings to the sun.

The sun formed a vital part of Incan life, they believed it to be the force behind the creation of all things, nevertheless the temple was off limits to the common people. Sacred priests were the only individuals allowed inside.

The Incas not only used the Temple of the Sun to pay tribute to the sun itself but also various gods, including Viracocha, the creator god. Viracocha, was worshipped by the Incas as the god of the sun and storms who created the universe and everything in it, including the sun, moon, and people. Viracocha was a golden figure, with the sun represented represented as his crown and rain drops as tears, he held thunderbolts in both hands.

The Temple of the Sun is set on top of a towering rocky mountain, it is part of the Macchu Picchu archaeological site. The structure is semi-circular in shape, built of granite stones, with a large door and two windows, one facing north and another facing east.

Some historians refer to it as a 'Torreon' for the December Solstice, although this name appears to be slightly older title, as the temple is most commonly referred to as the Temple of the Sun or Templo Del Sol. 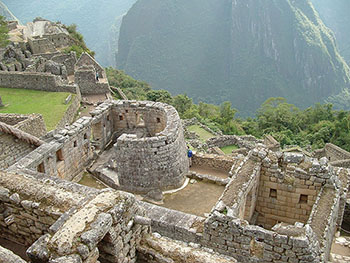 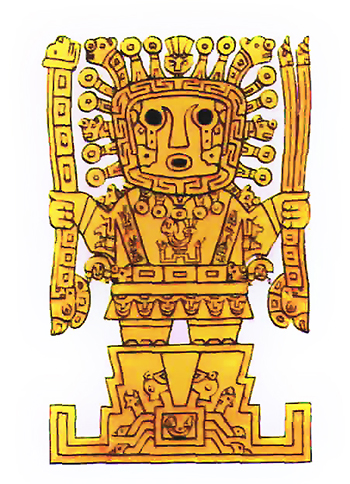 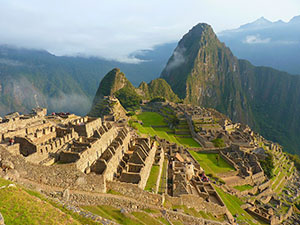