Thank you for your time, after all, there's not much left ....
Top

Dear i.see.u.2., it has taken me too long but here I am. Welcome to the Oracle Forum community and thank for your flurry of 11 posts. Ah yes alchemy, you say, and a darker part of alchemy at that. Surely there are darker sides of symbolism rather than purist alchemy.

For example: The 72 Demons of Solomon, note that 7+2=9, therefore the dark side of the number of power which may equally stand for good or evil. Regards Redbeck

The demons' names below are taken from a combination of the Ars Goetia, which differs in terms of number and ranking from the Pseudomonarchia Daemonum of Johann Weyer. As a result there are multiple translations, as well as multiple spellings for some of the names.

Ars Goetia: The Lesser Key of Solomon, also known as Clavicula Salomonis Regis or Lemegeton, is an anonymous grimoire on demonology, compiled in the mid-17th century, from materials that were two centuries older. It is divided into five books—the Ars Goetia, Ars Theurgia-Goetia, Ars Paulina, Ars Almadel, and Ars Notoria. 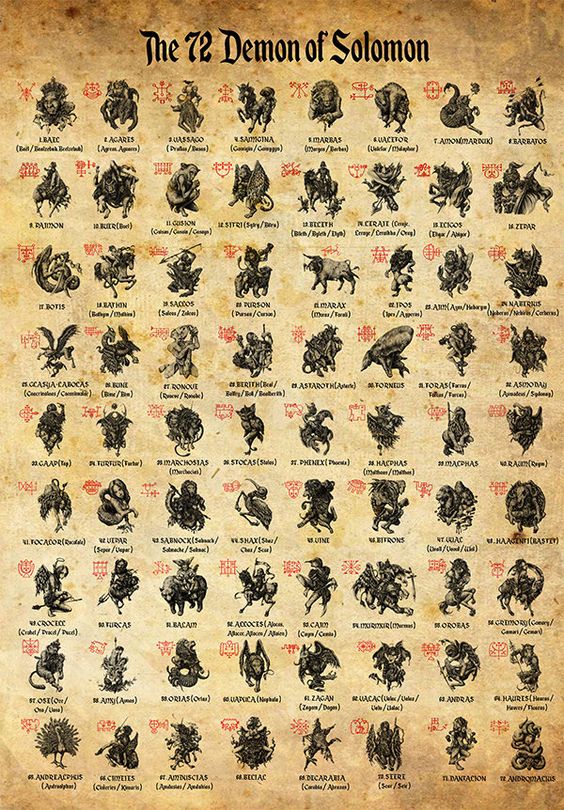 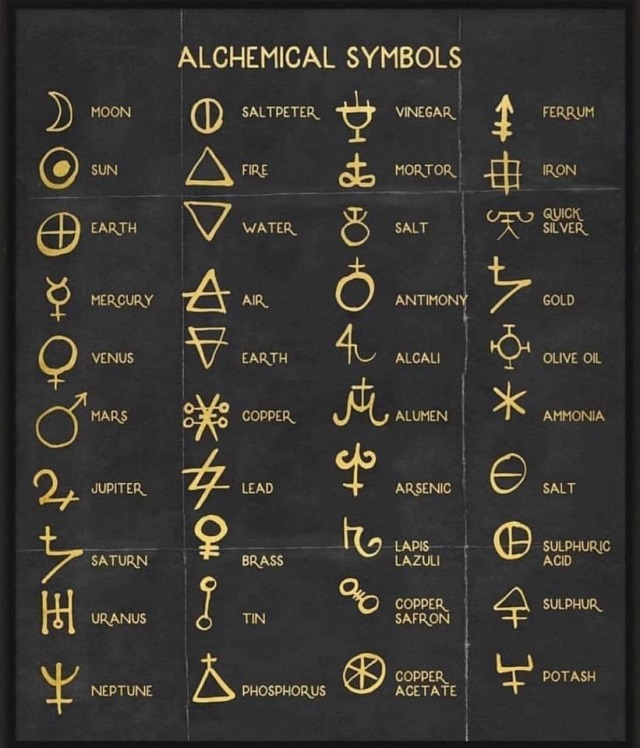 may I ask, some symbols do appear twice, but are different in both pictures,
as I see, its gold and iron, so why do they differ and is one of them more accurate, however..?

Greetings BeN1, That puzzled me too but the answer is that those on the black background in gold are more ancient than those contained in the beige pseudo scroll, the latter are allegedly 18th Century standardisations. Redbeck
Top

Redbeck wrote: ↑
17 Jan 2020 17:13
Greetings BeN1, That puzzled me too but the answer is that those on the black background in gold are more ancient than those contained in the beige pseudo scroll, the latter are allegedly 18th Century standardisations. Redbeck

thank you for answering,