Click 'The Oracle' title above to enter The Oracle Forum and discuss your quest for answers with kindred spirits. Courtesy costs nothing - if you disagree with someone, disagree politely. Abuse is not tolerated.
Post Reply
82 posts 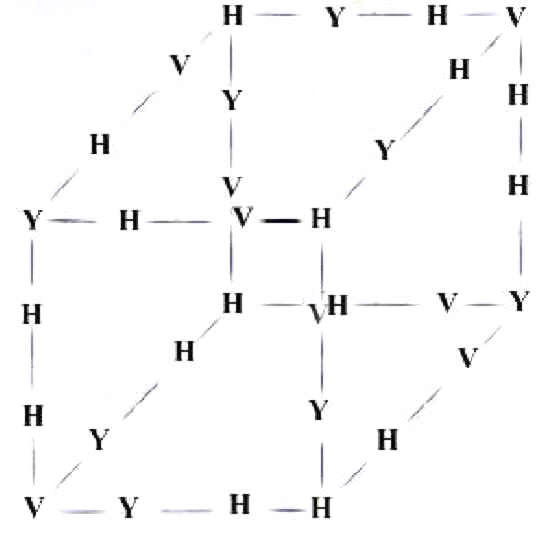 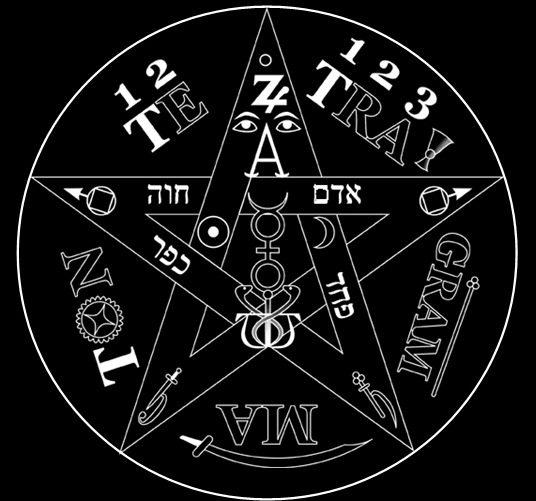 If this implies one must give in order to take, to recieve knowledge, give knowledge, then why is what you are sharing with us so cryptic and inaccessible for the initiate like me?
Top

Also welcome to Joy who has responded with some mystification, and perhaps you have a point Joy, so yes 'Why so cryptic comrade Glorian?'

So now we've advanced the king's pawn two squares, (Bobby Fischer once said that the King's Pawn Game is 'Best by test' and he was no turnip), I've found the sequence of numbers above repeated, unless I've inadvertently decided to take another delusional from my seat of learning! 'Hell Prof you deserve it,' cried the hookah-smoking caterpillar slithering unsteadily down from the toadstool,' yes repeated I say, on Ars Goetia (a name worth of a planet's moon!), so does the following mean anything to you, as it appears by implication to enjoy a tad of synchronicity with the very same numbers?

In the name of him who spake, I invoke and move thee, King Purson exalteth
is the power of the Most High, I say unto thee, Obey! In the name of the mighty
mercene of Apologia who govern, spirits, Liachidae, and repenting above ye
ardaen the power of thee, Most High. I say again, Obey! and it shall, in relief,
recant thy seat, joy, and power and I bind thee in the depth of Abadded.'

Jolly poetic, if a little hallucinogenic I thought, you are of course aware of the Redbeck's obssessive liking for verse!

What sayest thou my fine leaping cipher salmon? Yours Redbeck.

I feel that you should be congratulated as the catalyst for an amazing connection, at least in my head, so far that is, I'm in the revelation spreading business as I write. There is no doubt that the massively important relationship between nines and the data corridors of 973-eht-namuh-eht.com is well known amongst ardent world-changers. Anyway, not wishing to dampen my excitement in the slightest, I'll crack on. I've reiterated your original diagram below as the fulcrum of the discovery. Kind Regards the Redbeck.

So my fine beauties, following the most frequent sequential letter arrangement in the magic box VYHH, I traced its origins to discover huge astrological significance. Given that and the fortuitous juxtaposition of your other diagram which pretty much resembles a two dimensional version of the tabletop Armillary Sphere which is a basic model of the solar system used by 14th Century Islamic scholars in astronomy and navigation around the time of Medieval Moroccan Muslim traveller and scholar Ibn Battuta,then the focus is most definitely on the stars. Large Armillary Spheres were used for observation.

Individuals falling into this life path are considered caring, understanding and continually attempting to help the feeble and abused. Instinct and feelings are catchphrases of their lives. At times they might be entirely introverted and standoffish even though normally their compassion shines through with great energy. However the truth of the matter is that this is the time Life Path Nines need in which to withdraw and gather vitality. A vital rejuvenation for them because they leap at the chance to battle for flexibility and equity.

Exceptionally curious about psychology or social studies, Nines fit in with the individuals who look for the meaning of life.

All the puzzles of life intrigue and lure these people. Individuals who come into contact with them, either turn into their best bosom companions or be completely forgotten, never to appear again. Intermediates barely ever exist in the life of a Nine. An overwhelming craving to help other people, can occasionally go too far. Often finding themselves inundated by activities to alleviate the burden of others that you can overlook the wellbeing of your own immediate environment.

If the Nine is unhappy they can be described extraordinarily testy, which can also result in them being very forceful, particularly when somebody has a view that does concur with theirs. These infrequent bouts of negative temperament can sometimes estrange and even insult others, the trick is for Nines not to overstretch to the point of exhaustion of all their resources. In other words to leave enough vitality for both them and their family.

At times of meltdown as alluded to above, Nines often resort to their intuition for solutions, because of their incredible capacity to see the nuances hidden to others; they also have an incredible capacity to dream and make it happen. Perhaps the latter is an uncommon gift in these times where creative energy is increasingly undermined by a deluge of fast cyber-tracked readably depressing reality data, what happened to obscure investigative discovery.

What Does VYHH Mean? Defining The Letters

V letter form meaning in VYHH. Close to the U, V captures energy from above (the sky, thought). This energy is powerful at the vibratory level due to its two rigid antennas without roundness. Having a base that seems vulnerable for big amounts of energy. It reduces the vibrations of the ground and returns the energy to heaven (thought). This letter shows the path to victory with it's psychic powers.
Y letter form meaning in VYHH. His or her foot seems to fluctuate on its undeveloped base (soil, materiality). The base supports two antennas that capture energy from dimensions above(thought). The energy captured is reduced in the hollow of the two antennas that indicates a certain duality (no room for much energy). Unsure of himself, the Y is questioning, analyzing and processing problems of several sides at once, giving it a certain mystery.
H letter form meaning in VYHH. Its form suggests two vertical antenna which depart from the bottom (matter) and are projected upward (spirit). You can move from one antenna to the other by the horizontal bar that represents the emotional level. No curves to justify any sweetness, just the right angles that make a trip down to earth very difficult. EDIT REASON - To preserve the work, image maintenance due to unreliable image host.
Last edited by Glorian on 28 May 2017 20:41, edited 2 times in total.
Top

One Man Hath 3 Triangles,
Two Art Set Aside,
One: Upon He Hand,
Triangle One Is Noticed And Understood,
Though Shall Too, The Aside Be Identical, And Ware [Seeming] Not Same,
All Three Shalt Be Indifferent Within The He Thought,
Thought As Thou Shalt Seith: He Ought, The Thought,
As They Labeled And Ordered: “1”, “2”, “3”,
At Instance Combine The He The Three,
Indeed The Whole Third,
Indistinguishable, And Mind…

Indeed, Why Doth I Make Thee Feel The Question?...
Top

not to belabor a simple insolubility: why did the zarathustra/the nazarene speak in parables?
Last edited by stnrr on 26 Nov 2016 05:59, edited 1 time in total.
Top

Aye,
I Am Will As Thou Asketh Of Me And When Ye Art Not Ware,
Doth A Ruler Giveth Ye All Answers Without Question [],
So Mayth Thou Asketh Not Of Me As Ye Cannst Seith Of Me [],
Dissolution,
And Yet Same Is Nay To Nay Fayre,
For Doth The Question Containeth All Answers,
For Dost The Answer Containeth All Questions,
As Is, The Art: Answer,
Questions Housed Within Answer,
So Too The Latter...
Top
Post Reply
82 posts