Click 'The Oracle' title above to enter The Oracle Forum and discuss your quest for answers with kindred spirits. Courtesy costs nothing - if you disagree with someone, disagree politely. Abuse is not tolerated.
Post Reply
147 posts

I have decided to start a thread dedicated to works of art.
Feel free to share anything that inspires you, tells a story, shares a message, or anything that works of can give to the world.

Today I am adding two works of art from Mark Kostabi. 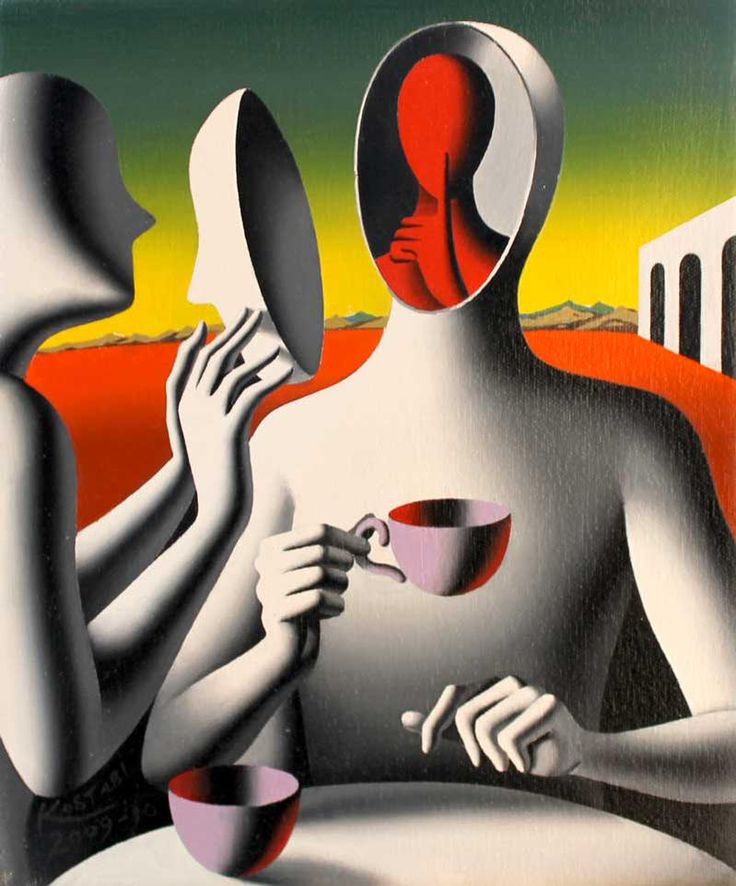 Excellent idea Dracavis, mass creative pleasure to help sluice the anguish from a world of pain. I have a couple of Edward Hopper's works to launch into this delightful daisy chain. Welcome back by the way, or have I already said that? No harm in repetition of positive sentiments however, as I am currently emerging from a fraught but highly informative few days, hence my absence, my strings no doubt pulled by the great spirit guide. Redbeck 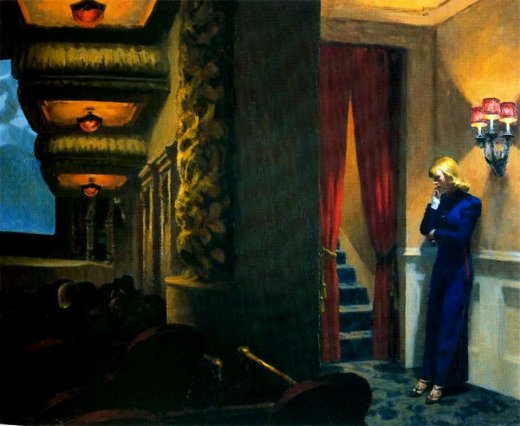 Thank you for your welcoming back Redbeck, I have been away for quite sometime.
It is always nice to come to this site and spend sometime pondering about the mysteries and wisdom of existence.
Like the song bird in the morning singing it's tune to the rising of the sun, I as well find myself drawn to nature's pull.

I hope all is well, life can give us interesting challenges to over come but the rewards are worth it in the end. 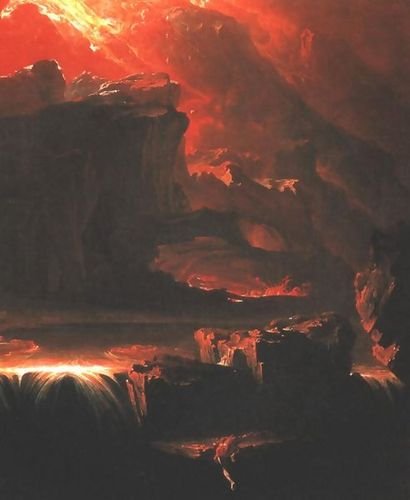 By Michael Ginsborg(born 1943)
Walking in Venice
A song sung by Van Morrison. The song describes a nostalgic mixture of tears and joy of homesickness and loneliness on a beautiful beach in the sunshine.
Last edited by hope on 03 Sep 2017 18:20, edited 2 times in total.
Top

I don't exactly know why, but for some reason every time I look at George Braque's work, it resolves into the absolute symbolism of the musical genre of Jazz, the word Jazz immediately enters my head regardless of the subject matter related to a particular painting.

A more obvious stimulant in this case as it revolves around a musical instrument, yet Violin and Palette was painted by Georges Braque in 1909 when he was living in Montmartre, a district of Paris while working Cubism into a joint movement with Pablo Picasso. Yet it was only after the end of the First World War in 1918, that Black musicians started arriving in Paris and were overwhelmingly accepted by the Parisians. The presence of the American soldiers and their Jazzy music, fundamentally changed the musical attitudes of Parisians after 1918. Now French men and women listened or danced to Cole Porter and even Gershwin.

Montparnasse gradually took over from Montmartre as the centre of art, cafes and bars. Meanwhile the Cubist movement's footprint grew in terms of numbers of exponents as well as its stature in the art world and seemed to herald the arrival of Jazz music on the scene. Almost acting as the artform of advance publicity ushering in the new music of Paris. Musicians like Sidney Becket took centre stage as did Django Reinhardt and Darius Milhaud. New attitudes, new ideas and new sounds.

In the same theme these paintings by Picasso
The three musicans

How beautiful a new sun is when it rises,
flashing out its greeting, like an explosion!
Happy, whoever hails with sweet emotion.
By Charles Baudelaire
Last edited by hope on 04 Sep 2017 11:17, edited 1 time in total.
Top

Arguably the most controversial street artist in the world, Banksy has developed an entire art
subculture devoted to his works. Banksy's art can impact location at any given moment. His
(or her) identity remains unknown even after over 20 years of being involved with the graffiti
scene. He has worked with many different types of street media and street art types. His work
not only includes many powerful, often 'controversial' images, but they may also be found
throughout the Internet as viral images.

Another superb work of art ..

Hi there! Glad to read that there are so much people who love art. I prefer classical masterpieces. Van Gogh is my favorite artist who is inspired me so much! Van Gogh thought that the gospel was being preached by his calling. It took him to realize that his true passion was art. He had been poor his life for all and also relied on his brother.
Top

Chiaroscuro
The word Chiaroscuro itself is Italian, and roughly means, "light and dark." It was first used to
describe a type of drawing on medium-dark paper where the artist created both darker areas
with ink and lighter areas with white paint.

When it came to painting, however, Chiaroscuro truly came to life in the "paintings of Caravaggio
during the late 16th century.
Last edited by hope on 04 Sep 2017 11:23, edited 1 time in total.
Top 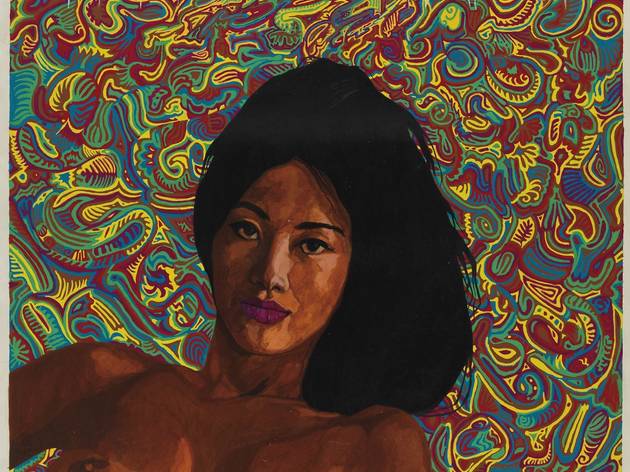